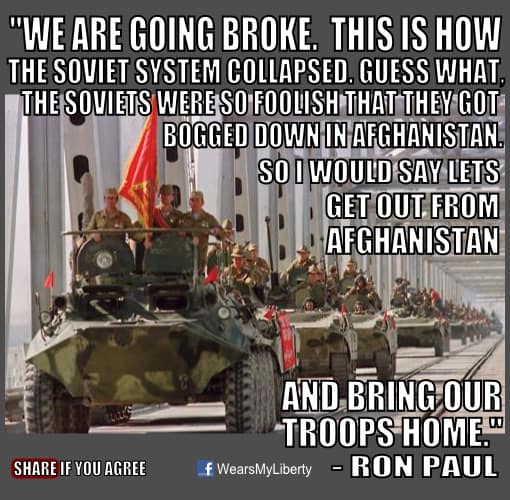 “We are going broke. This is how the Soviet system collapsed. Guess what, the Soviets were so foolish that they got bogged down in Afghanistan. So I would say let’s get out from Afghanistan and bring our troops home.” – Ron Paul

Even though he is no longer campaigning for President, Ron Paul is still spreading the message of liberty.  Paul spoke to a crowd of thousands of supporters at Utah Valley University on October 18th.  Many held signs, waved flags, wore Ron Paul shirts and chanted his name.  He told the crowd that it was up to them to continue the Ron Paul Revolution and to spread the message of liberty and limited government going forward.

1 thought on “Bring Our Troops Home”