A Government Big Enough To… 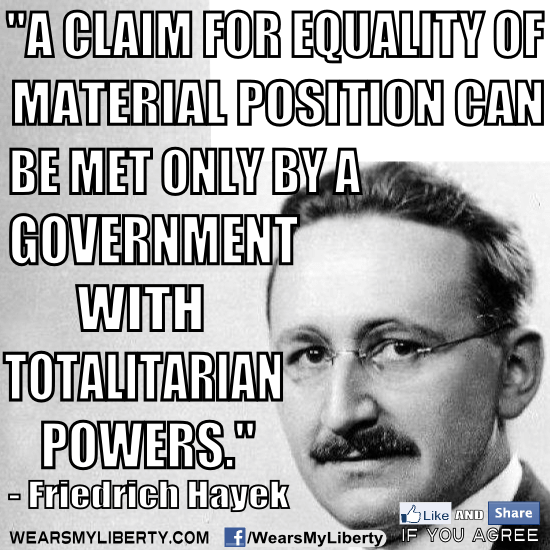 “A claim for equality of material position can only be met by a government with totalitarian powers.” – Friedrich Hayek

This quote by F.A. Hayek is similar to another one that is commonly attributed to Thomas Jefferson but was actually said by President Gerald Ford during a speech to Congress.

It’s important for members of the liberty movement to make sure to spread the message to the public that although it sounds good at first, giving the government more power always ends badly.

Click here for this full size image on Facebook or go here to see all of our other Liberty Memes.