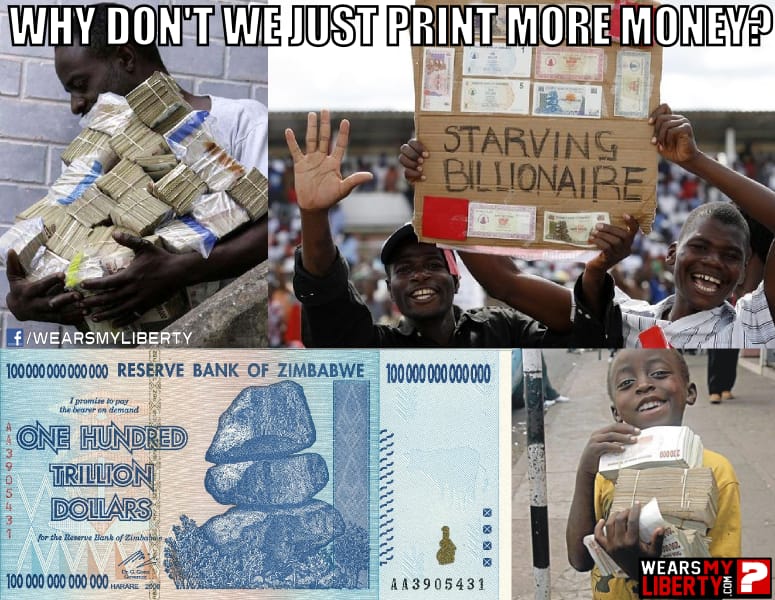 Share this with your friends when they ask, “why don’t we just print more money?“

Here’s a basic explanation of why printing a bunch of money and giving it away to people doesn’t work:

In short prices will go up after a drastic increase in the money supply because:

This has also been done many times throughout history, with predictable results.

Here is a brief overview of the recent case of hyperinflation in Zimbabwe:

At one point, a loaf of bread was Z$550 million in the regular market, when bread was even available; apart from a trip to another country, the black market was the only option for almost all goods, and bread might cost Z$10 billion.