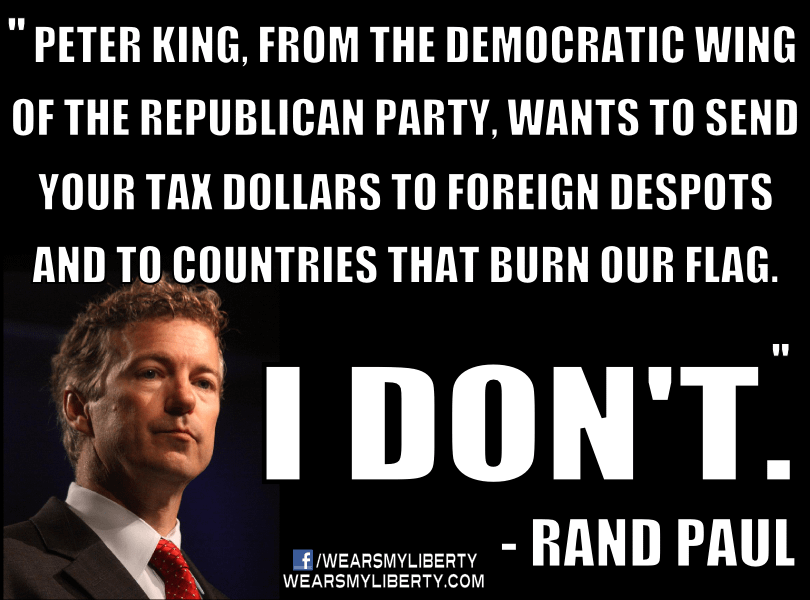 Rep. Peter King continued his attacks against Rand Paul yesterday saying on CNN, “this is an isolationist streak that’s in our party.”

He called the 94 Republicans that voted for Rep. Justin Amash’s amendment to defund the NSA domestic spying program “disgraceful”. He also added that he is interested in running for President in 2016 to make sure the debate is between “legitimate candidates” and “not fringes like Rand Paul.”

Rand Paul posted this simple statement on his Facebook page in response:

“Peter King, from the Democrat Wing of the Republican Party, wants to send your tax dollars to foreign despots and to countries that burn our flag. I don’t.”