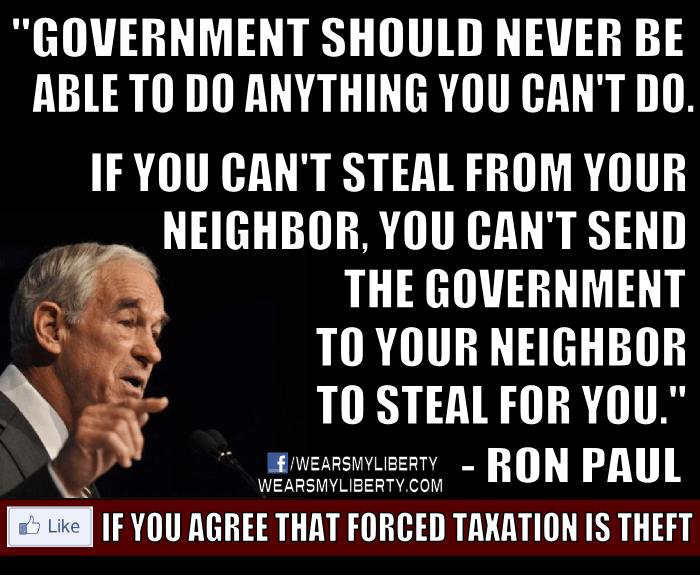 “Government should never be able to do anything you can’t do.  If you can’t steal from your neighbor, you can’t send the government to steal for you.” – Ron Paul

You can not rightfully give power to someone to commit an act that you would not be allowed to do yourself.

Stealing from your neighbor is wrong.  Giving someone else the authority to steal from them is equally wrong.  If you do not first posses the right to do something then you can not delegate it to someone else.

Here’s a video of Jan Helfeld asking Bill Richardson whether he believes that you can properly delegate a right which you do not have.

At this point you can finally see it click in Bill’s head and he says, “I have to go”.

It also makes no difference how many people vote to give government a power which they don’t individually have.

The majority does not have the right to use government force to steal from the minority.

No person or group of people have the right to infringe on another’s life, liberty, or property.