Drew Carey: Government Screws Everything Up 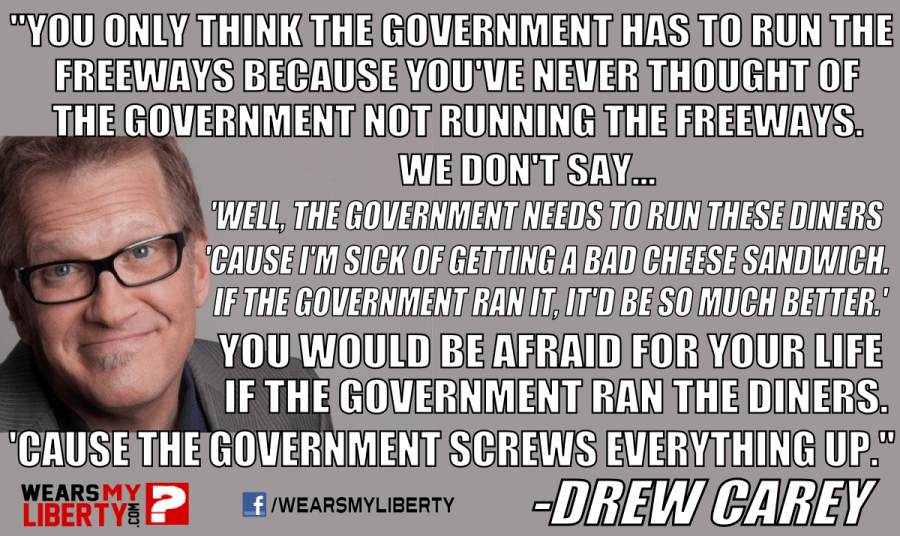 We don’t say, ‘well, the government needs to run these diners ’cause I’m sick of getting a bad cheese sandwich.  If the government ran it, it’d be so much better.’

“But, without government, who would build the roads?”

When you’re stuck in a traffic jam, trying to make sense of confusing signs, or driving over a road full of potholes… do you ever think there could be a better way?

As Drew Carey points out, you are most likely so used to the fact that the government builds and runs the roads that you don’t even imagine an alternative.  But why not?  If competition results in lower costs and better quality in other areas, why not with roads?

Most people can agree that the current road system in the US is not perfect.  Should the problems be solved by central planning and more taxes, or by groups forced to compete to earn your money in a free market?

Which group has a greater incentive to give you a faster, safer, more comfortable commute – a government that has the power to take your money through taxes or a private company that has to persuade you to voluntarily give it to them?