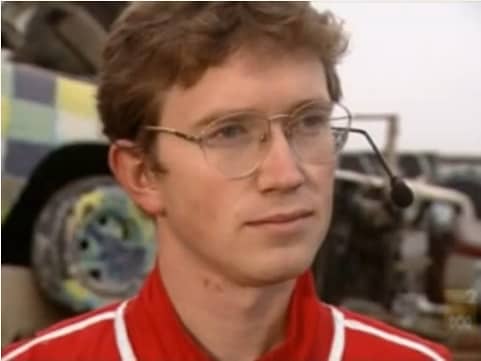 That’s Representative Thomas Massie (R-KY) on an episode of the TV show “Junkyard Wars” that aired in 2002.

The TV series consisted of competitions between two teams required to use materials found in a junk yard to build a machine capable of doing a certain task.

In this episode Massie was the captain of his team from MIT, “The Geeks.”  A voice over says, “The Geeks are three self professed ‘total nerds’ who normally prefer slide rules to sledgehammers, but are more than willing to get dirty.”

During their introduction video a fellow team member said, “Thomas has all the practical experience.  He’s the master of K.I.S.S. – keep it simple stupid.” 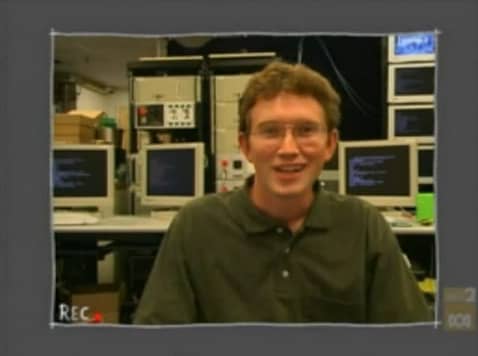 The challenge was to build a “sand yacht” that would then be raced around a dry lake bed against an all female team also from MIT, “The Quantum Mechanics.”  The host of the show comments, “This has got to be the two brainiest teams that we’ve ever had on this show.”

An MIT News article from 2002 reports that this was not Massie’s first time participating in such a challenge, having won MIT’s machine building contest for students in 2.007 (Introduction to Design and Manufacturing) in 1993:

The Geek team captain, Thomas Massie, will be familiar to fans of 2.007. Massie (S.B. 1993), won the MIT contest in 1993 and went on to found SensAble Technologies. He also won the Lemelson-MIT student prize for inventiveness and the 1995 MIT $10K Entrepreneurship Competition, both in 1995. His hobbies include drag racing.

Speaking of the “Junkyard” experience, Massie declared, “It was 2.007 cubed! Imagine building a 2.007 machine that you have to
ultimately ride in and having only 10 hours to do so. And we got to keep the jumpsuits–they’re awesome. Rhett called them ‘super-hero costumes.’ I wore mine to work once already.”

Watching the show is entertaining but it also displays Massie’s intelligence and leadership skills. It’s nice to know that we have MIT graduate, successful entrepreneur, and “total nerd” Thomas Massie in Congress fighting for liberty.