Ron Paul On ISIS: US Has Policy Of Schizophrenia

Ron Paul described the US policy regarding ISIS as a “policy of schizophrenia”. Former allies are now enemies and former enemies like Iran and Muqtada al-Sadr are now allies. The US is using air strikes to bomb it’s own American weapons – that were given to Syrian rebels and Iraqi militia – which are now […]

END_OF_DOCUMENT_TOKEN_TO_BE_REPLACED 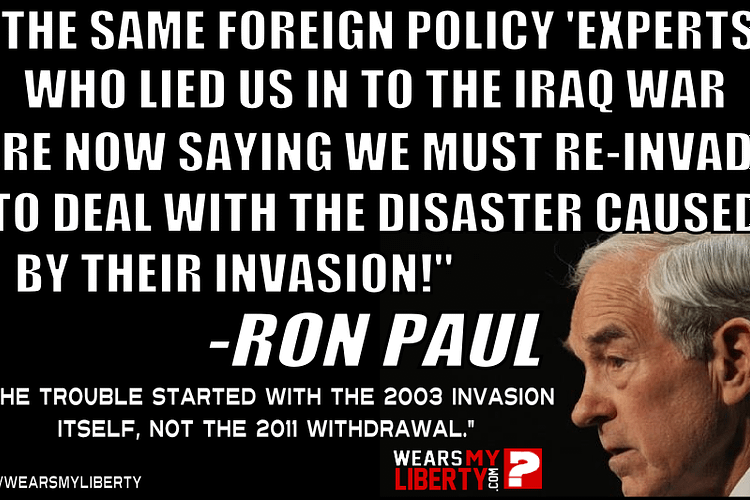 Click here to view this image on Facebook   “The same foreign policy ‘experts’ who lied us in to the Iraq war are now saying we must re-invade to deal with the disaster caused by their invasion!”  – Ron Paul   The situation in Iraq is a predictable consequence of an interventionist foreign policy. When […]